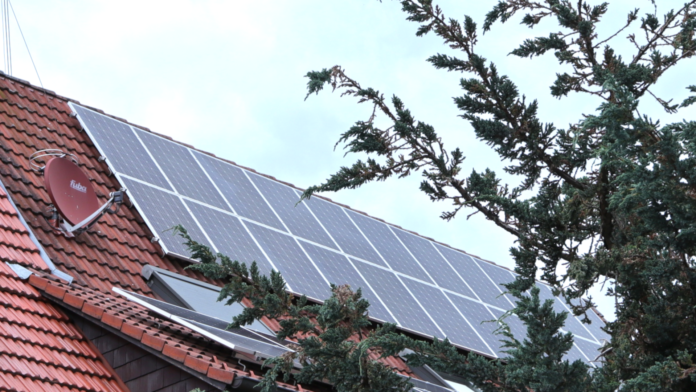 This is a three-part tutorial about SunSpec, an open specification that aims at increasing the interoperability within the solar and distributed energy industry. The goal of this series is to give an overview of the specification and to demonstrate how it can be used for basic use cases. This part focuses on fundamentals about the Modbus protocol which is, at time of writing, the most important communication technology for working with the SunSpec specification. The second part gives a brief introduction to SunSpec in general. It elaborates on the Sunspec information model and its relationship to Modbus. The third part is a hands-on tutorial. It shows how to use an ESP32/ESP8266 to retrieve data from a Kostal Plenticore hybrid inverter (Kostal Plenticore plus).

This introduction should not be seen as a comprehensive guide for starting with Modbus. Instead, only aspects are considered that are important for reading the other two parts and, in addition, might be necessary to get a good understanding of SunSpec in general.

According to the Modbus Application Specification, Modbus is the industry’s serial de facto standard since 1979 and enable millions of automation devices to communicate. Even though technologies originating from the industrial domain are known to have long lifespans, it is kind of remarkable that Modbus has recently been chosen to be SunSpec’s main communication protocol. I came across Modbus several times during my studies, professional or private life. My personal opinion about Modbus is that, on the one hand, appears to be somewhat antiquated, but on the other hand, is also very easy to use. Especially when it comes to simply retrieving data without having too many other requirements, the ease of use of Modbus can be a major advantage.

Similar to many other protocols, Modbus is a client/server protocol meaning a single or multiple clients communicate with a server. A client is typically a “user application” (e.g. monitoring application), whereas the server is typically a “device” being monitored (e.g. heat pump with sensor values).

The protocol data unit (PDU) of Modbus has two fields: “Function Code” and “Data”. The function code field specifies which action to be performed when a message is sent from the client to the server. The data field contains additional data that belong to the function code. For some function codes / actions, the data field is not required and, therefore, contains 0 bytes.

Besides the PDU, Modbus defines a so-called application data unit (ADU). The ADU contains and additional address, the PDU and an error check. Basically, the ADU is a mapping of a message to a specific bus or network type.

Besides the Modbus protocol, there exists a specific data model in Modbus. The data model distinguishes between discrete inputs, coils, input registers and holding registers. Normally, the client send messages (ADUs) to the server in order to retrieve data that is organized based on the Modbus data model. When implementing a Modbus server on a device, the developer can decide how to organize the sensor values into the Modbus data model. The Modbus specification does only restrict the size of the data model elements (1bit or 16bit) and whether a data element is readable or readable/writeable:

Let’s assume a device organizes it sensor values according to the Modbus data model. For example, some sensor values are stored as discrete inputs as they are only “true” or “false” (e.g. light barrier sensors) and some other sensor values are input registers as they have to be represented as numeric values (e.g. temperature sensors). Moreover, Let’s assume the device has some configuration values that can also be written by a user application. The device would store them into the coils and holding registers data space.

The following table shows some of the most important functions codes:

When using Modbus on TCP/IP, clients and servers communicate over an Ethernet network. The default port for Modbus servers is 502. It is also possible that servers listen on an additional port, however, according to the specification, port 502 must always be available (“It is important to note that even if another TCP server port is configured for MODBUS service in certain applications, TCP server port 502 must still be available in addition to any application specific ports“).

In the second part, you will learn more about SunSpec and how it is related to Modbus (coming soon!).